I’m Yvette and I’m currently in the last part of the A-KO master. I joined Tiburón after I moved to Maastricht in February 2013, and I’m still a member. However, due to internships and Covid I was not able to join trainings as much as I wanted to the last few years. 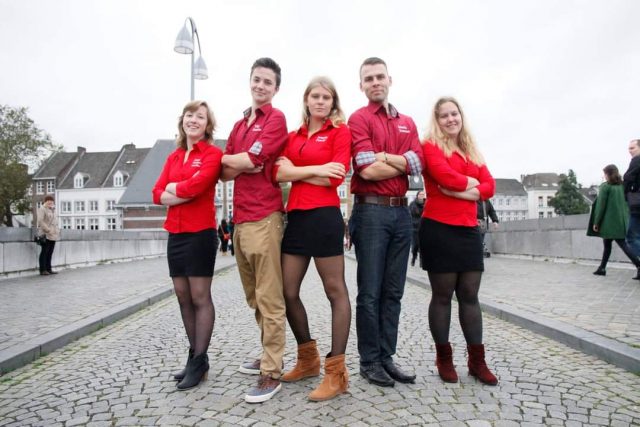 When I joined Tiburón we were having our trainings in the Dousberg, but luckily after a few months the brand new Geusseltbad opened. After joining some activities and a bit of pressure from my best friend at the Hippo’s I decided to become a board member in 2013-2014 as activity coordinator. Together with my board buddies Jeanine, Yiri (afwasfeut), Martin and Jonne, I really enjoyed this year. With the help of my Accie we were able to organize awesome activities, some of which are still returning nowadays (like the cycling dinner and ladies/gentlemen night). Next to my function as activity coordinator I was most of the time also responsible for coming up with recipes which were safe for both a vegetarian and picky eaters who don’t like vegetables. I ended up making pancakes most of the time (not recommended when planning to drink beer afterwards). After my board year I continued being a Accie member for a few years, and joined the NSZK committee in 2016. Besides that I was secretary in the board of Stichting NSZK 2016-2017. 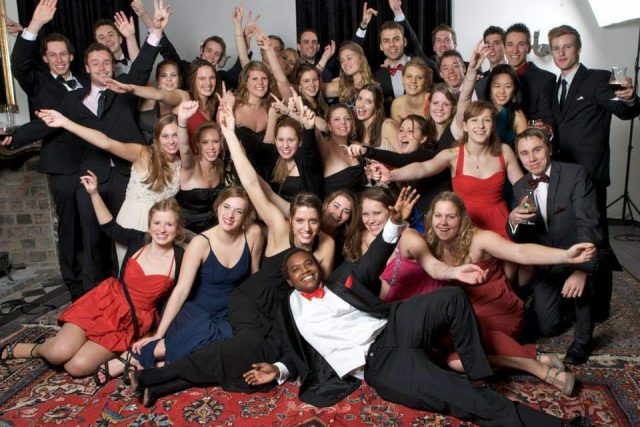 The board asked me to tell something about my best memories of Tiburón, but I have so much that it is hard to choose one. I have good memories of all the parties at the Twee Heeren, but also of the pub quizzes and drinks at the Joie with other student sport associations. And not to forget the NSZK’s and parties. For example, during NSZK 2 in Delft Sander and Vincent decided to walk back after the party, instead of joining us in a taxi. On their way to our sleeping location, they found a giant flag and decided to take it with them (and hung it from the balcony of the flat we were staying at), which was not appreciated by our host. Eventually, they took the flag with them in a car to Maastricht and dumped it somewhere. But the most memorable evening of our board year, is the one we decided to drink all our Cobo presents at once. This was also the first memory Jonne came up with when I asked her about our Tiburón memories, and which quite often comes up when playing ‘never have I ever’. Because Martin had to drive home after our meeting and Yiri didn’t drink wine, Jeanine, Jonne and I drank all the bottles of wine ourselves (which were quite a lot for three people). After our board meeting we went to the lustrum party of the MUSST, which offered us free drinks. Not a great combination when you’re drinking too much wine beforehand. The night ended up with me walking Jeanine home, because she wasn’t able to bike anymore. The best part of this evening was that Jonne lost her remote control and blamed Yiri for three months of throwing it out of the window. She eventually found it somewhere in her room, but still blames Yiri for hiding it. 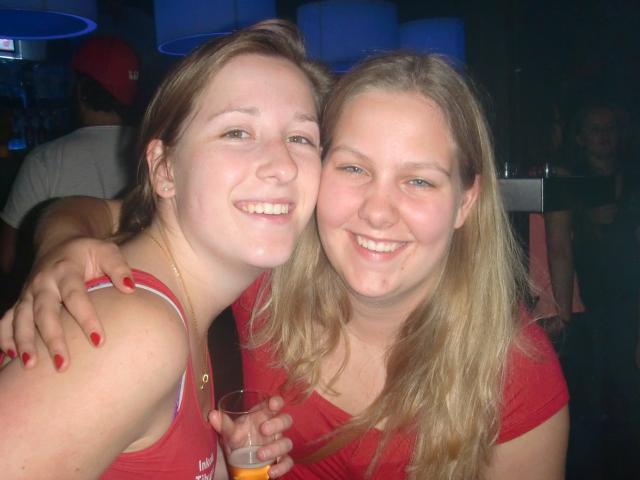 I hope next year everything will return to normal, and that the upcoming board can enjoy their board year as much as I did. Hope to see all sharks in the pool soon!