When Kim asked me to write a piece for “Way down Memory Lane” I was kinda confused as I felt that I wasn’t a member for such a long time. And then it hit me: I have been a member for almost 4 years already. Some might remember that in the beginning I was always saying “Ow, I am just here for a year and then I move back!”. Well, look at me now: 27, survived my quarter-life crisis and still in Maastricht.

My first (and maybe second best) memory I have of Tiburón is the time I went to a try-out, severely bruised my wrist because I hit someone’s head doing butterfly and wasn’t able to swim for a month. Despite all of that, I still joined Tiburón, went to the activities and signed up for the first competition without any practice. I skipped the drinks on Friday because I had to study for my exam on Tuesday (still failed it, surprise) and went straight to the competition. Barely knowing anyone I had an amazing time and during the predrinks I noticed how open and warm everybody was. The party was incredible and made me realize that I made the right choice of joining Tiburón instead of Saurus. So after quitting with my studies in January I knew I would be in Maastricht for another year and applied to become president. Well, that was the start when everybody became terrified of the announcements before the practices (I screamed on the top of my lungs “Hey everybody, I have a few announcements”). I heard some still have some nightmares. 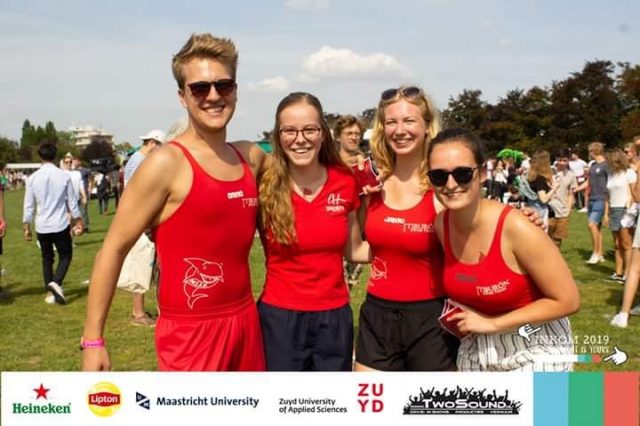 Either way, after spending an amazing year with my Board (Lisa, Julian, Jorg & Kathleen) we became fifth in the competition and celebrated with an inappropriate amount of alcohol in Enschede. It was an intense year of organizing the first ever trainingsweekend, won sexiest board with the Ragweek naked calendar, a Bata group with 12 extra cheerleaders, first skitrip with our sister associations and organizing 2 INKOMS on behalf of Tiburón. Fun fact: both INKOMs I was a couple with Anne Verhoef and during the first one we actually convinced Kim to join Tiburón and she ultimately became the current secretary <3! 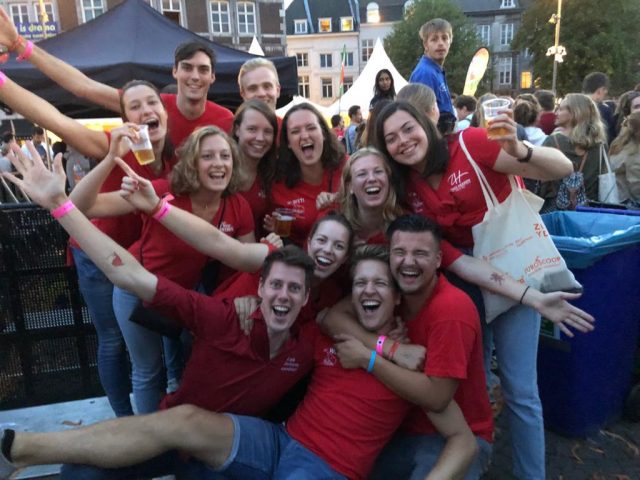 It may have been exhausting at times but in the end it was all worth it as I saw my fellow board members grow, watched the members have fun, and met a ridiculous amount of fantastic people. And it might sound cheesy but fuck it, gonna say it anyway: I am really happy that I was wrong when I said that I was only going to be in Maastricht for only a year. It took me some time but I found my place here and the people I have met in the meantime will have a special place in my heart. All the bad decisions will be great stories, which my children will never hear off for obvious reasons, and the amount of alcohol consumed could fill a pool (but still not enough to give me my first hangover).

I sincerely hope that during my time at Tiburón I was able to make people laugh, made some interesting memories with them, and will not only be remembered for my drunk escapades. Because you all certainly left this impression on me and I will remember this forever.

Lotsa love and lobi from your old president <3, 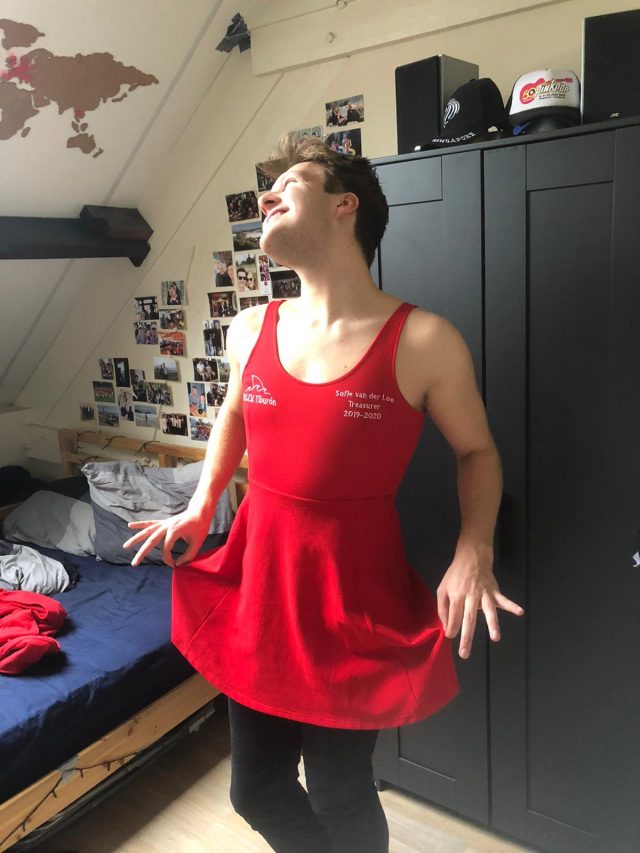