My name is Jorg van Beek, and I’m a Master’s Student Human Movement Sciences in Maastricht. I joined Tiburón in my first year of uni, which is about 3 years ago. In these years, I tried to make the most out of my student life with Tiburón. I joined the board as activity coordinator in the year 2018-2019. Apart from me, the board consisted of the sexy and whimsical president Kechtor von Dickeren  Victor, the always-laughing secretary Lisa, the treasurer Julian with his secret Tiburón bank accounts in Bora Bora, and the amazing swimco Kathleen whom we lost at our cobo for like two hours because she’d fallen asleep on the toilet. It was without a doubt the best year of my student life. I was drunk a lot that year (more than I care to admit), but I miraculously managed to pass my courses. So: win-win. I’m really proud of some of the things the activity committee and I organized  that year, such as the incredible members weekend in Belgium and the participation of Tiburón in the Swim to Fight Cancer 2019 event in Maastricht. 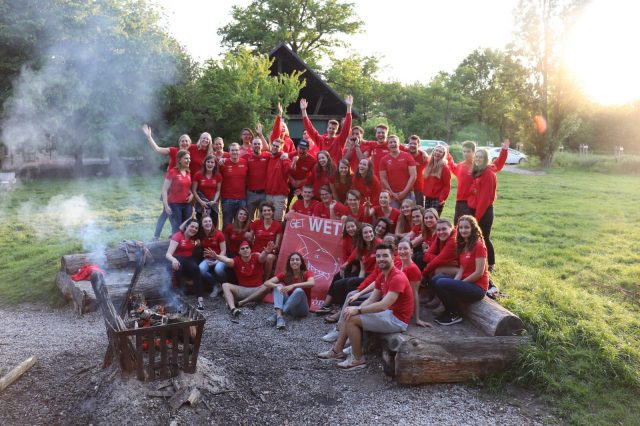 Nowadays, I am still a little active at Tiburón. Not at the pool, but that was never my primary activity at the club if I’m honest. I’m a member of the advisory board, who assists and advises (wow) the current board on various matters. What I miss most of my time at Tiburón is participating in a cantus. For those of you who don’t know (poor you), a cantus is basically singing and drinking beer, with occasional ‘punishments’ which involve people having to chug a beer with something gross like whipped cream in it. It may sound strange, but it’s fucking perfect. The joy of drunk songs, the fear of being punished, the happiness when you don’t get punished but your friends do, it has everything. 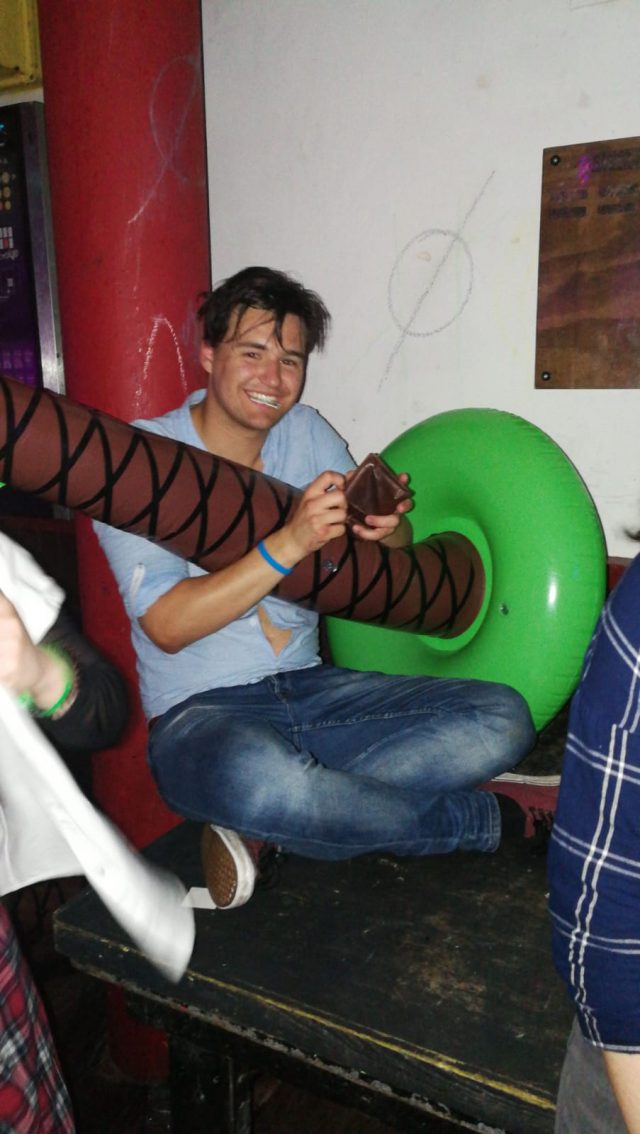 Despite my love for cantuses (canti? I don’t know), my favorite memory at Tiburón is probably the constitution drink (sort of a board introducing party) of SPONS, from Amsterdam. Julian was the star of the show that night. We were getting nice and tipsy at one location, where the SPONS board was getting their celebratory/mandatory evening of getting wasted. And after a bit, we had to move to a second location, a night club where we would spend the remainder of the night. Julian, who was eating a salad at this party like a fitboy, but who was also drinking like a madman, initially wasn’t planning on joining us to the night club. However, he missed his bus, so he couldn’t make it home in time for the other party he was actually supposed to go to. So, he decided to go along with us, and so he had to hitch a ride on the back of somebody’s bicycle to the club. While everyone was getting their own bikes, suddenly Julian appears out of nowhere, while riding a bike. We were a little confused how the hell he managed to get it, so we asked where he found it. He replied “Oh, this bike belongs to, ‘thingy’.”, after which a random girl (probably ‘thingy’) whom we couldn’t see before popped her head from behind Julian’s back, saying: “Excuse me?!”. And instead of replying, like, at all, Julian just laughed and started cycling to the club. We followed, laughing our asses off. The rest of that night is a blur, but I remember it being a great night (and I won’t bore you with all the details). It’s just one of the funniest memories I have of my time at Tiburón, although I think every night I spent with Tiburón is a night I’ll look back to with a smile on my big head for the rest of my life.

Anyways, I’m going to sign off now (I’ve taken up more than enough of your time). You can always come over for a chat if you see me at a party or something (when it’s allowed again). Have a good one, cheers! 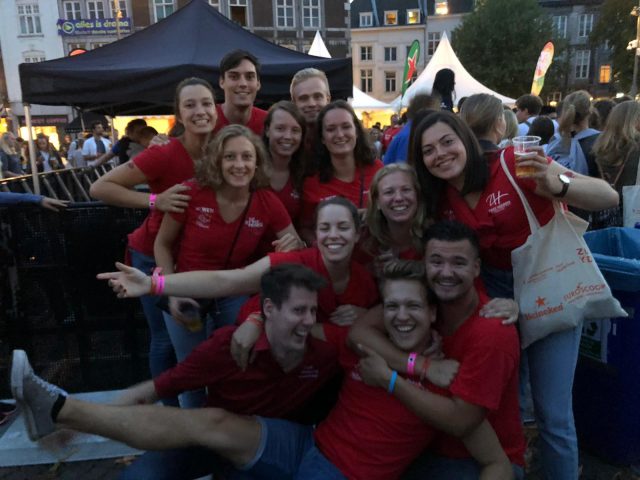