It’s a real pleasure for me to write a blog for you, as a remembrance of the good old days.

I’m Jeffrey and my time at Tiburón was such a fun time in my life, I’ll hope you all experience the same.

Approached by Remón and Iris I got really enthusiastic about swimming at Tiburón, and before I knew it I was also part of the board as a swim commissioner (board 2008-2009: Marco, Florian, Loes and Janna). The year after I changed to be president (board 2009-2010: Quinten, Julia, Mark and Marloes). Furthermore, I took part in several committees like organizing 2 NSZK’s (all-time favorites!), and led the Stichting NSZK. Well, because of these and a couple of other things I am now a proud honorary member like Anita. 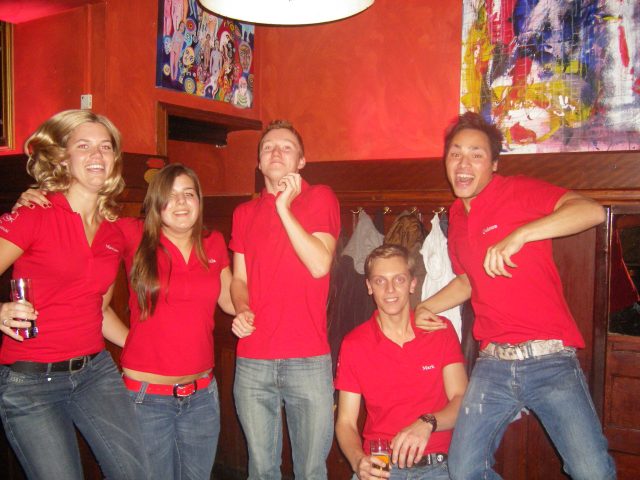 Nowadays I work as an advisor in capital structuring and advisory for small and medium sized firms in The Netherlands.

There are so many things that I miss when thinking about Tiburón! To start with, being part of the board is AWESOME!

The sense of commitment and fun that is created when having all the same goal, to help Tiburón be even more amazing. I still remember a lot of the constitution drinks that we visited, gala’s, boardweekends, and was the Crazy 88 introduced in our board year?? 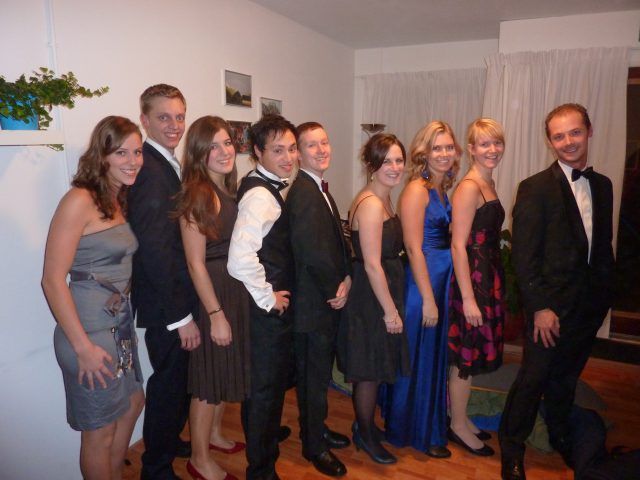 Some memories in short:

– Our own lustrum gala in 2011 in the caves of Kanne, a truly amazing location.

– BBQ’ing in the snow, in the backyard of Mark.

– The INKOM cantuses where we got soaked and completely covered with paper mache from the booklets.

– My first cantus, where I almost lost everything of value that I brought with me and barely could find my place back.

– Leaving NSZK parties, and realizing that day light broke in.

– Breaking down during my runs at the Batavierenrace, but still partying like I never partied before.

– Bringing the flag to the finish during the final of the Batavierenrace.

– My first Tiburón activity at a tapas restaurant, such a nice introduction and meeting all the members (now called La Canasta I see).

– The drinks with other sports associations at the Dikke Dragonder (and it still exists!).

– Tapping beer on the Vrijthof during the 11de van de 11de.

– Visiting gala’s throughout The Netherlands of other associations.

Btw, in that time the association only got like 60-80 members, and we ranked like 9th or 10th in all NSZK’s except for the ones in Maastricht. I thought we once placed third, which was at that time unbelievable.

And I believe, I forgot some many other ones… 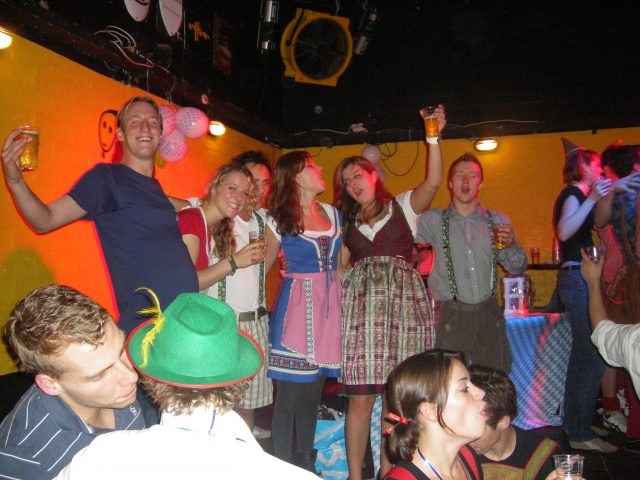 The best memories are from our own NSZK’s in Maastricht, from the moment you are awarded an NSZK to the dinner to thank all the volunteers for helping out.

All student swimmers in Holland really look forward to coming to Maastricht, because of its charm and more importantly because of the traditional cantus that is organized during the party. However, making that a success is a long road. But with all committed members, and all other volunteers it always turns out great. Even with a superb prep, I can only remember the day itself as being a chaotic day, with acting on changes that weren’t foreseen. And you know it’s the BEST, a day with only HIGHS!!!

Cherish your student life and really appreciate the practices, activities, competitions and especially all those legendary nights! As soon as you know it’s over!

Hopefully student life comes back to normal after vaccination.

Is our slogan still in place? Si no nadas, los Tiburones te comen, after studying Spanish I finally know what it means 😉

See you at the lustrum gala for all sharks soon!